Home Archives Profile Subscribe
If You Build It, They Won't Come
Easy as ABC? Pt. 1 of 2 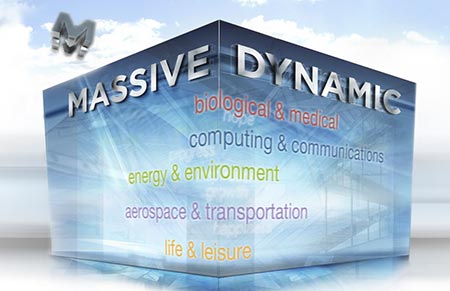 Delving deeply into the online world crafted for Alan Ball's new vampire series on HBO, True Blood, I was struck by how the world of Alternative Reality Gaming (ARGs) and the world of TV are so well made for each other. I'm waiting for the day that they crash together American Idol-style into an interactive experience that, after every commerical break, would adjust its storyline based on the preferred audience input home by home. Call it immersive, personalized, interactive entertainment. ARG-TV.

If you haven't participated in an ARG, it's a collaborative rallying of players around the activities of clue-gathering, puzzle-solving, and online and real-world collaboration to help assemble complex strands of plot and character into a meaningful narrative. The intense focus on creating a mythology, the high level of detail crammed into most ARGs, and the cross-linkages between on- and off-line clue gathering make for a novelistic, long-form gaming experience that blurs boundaries between the real world and the world of the game. Many ARGs are crafted to promote corporate entertainments such as movies and TV programs, while others are created by die-hard gamers with a personal interest in creating a meaningful gaming experience or pushing the boundaries of the medium. The screen capture shown above is from the ARG attached to the new TV show Fringe. In true J.J. Abrams style, the corporation referenced as the big bad evil in the series has its own Web site full of puzzling secrets -- much like The Hanso Foundation in one of the Lost ARGs.

Now, I haven't owned a television set for 8 years and counting -- and colleagues in my field in the late 90s and early 2000s ragged on me hard for it, because I've had some responsibility for helping to craft storyboards for commercials, video, motion graphics, Flash demos, etc. "How can you do a good job if you don't see what everyone else is doing? You should be watching MTV every day. Suck it down from the pipe!"

Then MTV became MTV.com. Which helped to spawn YouTube. Which begat Vimeo. Which spread killer work via blogs. Which were aggregated into sites that tracked all the hot work in motion graphics for me, so I didn't even need to go out and seek it anymore. All that great work is beckoning from my Google Reader, the junk drawer of my Internet addiction beckoning away, awaiting another mainline fix.

I'm waiting for the same growth progression to happen with ARGs and how they filter into our mainstream consciousness. There are communities that have sprung up around ARGs such as Unfiction's forums and ARGNet, where the players create the dialogue and archive the game progression as it unfolds, wiki-style.

But I'm waiting for a similar kind of daily content aggregation to happen to ARGs. The lurkers, the mass audience that watches the activity of the ARG players --- almost like the hushed crowd at Wimbledon watching the tennis ball get smacked back and forth between expert players -- hold the real power to push an ARG's mythology and associated thought product into our collective consciousness.

But the important thing is, it won't be just content aggregation or news coverage. ARG-TV would allow the creation of the story, rebroadcast and assembled into a more palatable form for the masses and still malleable enough to be influenced by every reader. A kind of wiki-tainment that flows across text, image, audio, and video. Instead of playing your game on an Xbox 360 or Wii, you'd be playing it in the real world and on your TV... though what we consider a TV would have eventually mashed up with your computer and platform gaming machine into some kind of unholy beast.

I'd also want ARG-TV to have some form of slider that allowed me to dial in exactly how much community interaction I wanted with my gaming experience. Other people's actions could influence my online experience massively, or not at all, depending on how I twist a certain dial in my television settings.

Unlike a regular first-person shooter or other type of reflex-based game, watching ARG-TV would require a real investment of time, intellect, and emotion. Most games only require an investment of time and don't tax the intellect or emotion too heavily. There's a smaller but more focused audience that I feel would invest the energy necessary to play a massive, ongoing ARG, and then be rewarded with a truly collaborative experience that would be watched by others and appreciated.

Think ESPN gone Kurt Vonnegut patronized by MENSA. I'd pay to watch that. Maybe two other people would, too.