Totally Loaded: How to Keep Your Users Waiting

Wait a minute. I mean, 20 seconds at least. Hold on... idea's almost here. Meanwhile, would you focus on the spinning circle I've included above and think happy thoughts?

While we may think that the age of AJAX and the Flash/Silverlight preloader has ushered in a new era of more immersive and reactive user experiences, we still have light years to travel in how we manage expectations around wait times when content loads in a web browser.

And this post is a quick attempt to summarize some ways of thinking about wait times in the ideal user experience—and documenting those wait times in advance of development.

Continue reading "Totally Loaded: How to Keep Your Users Waiting" »

Process is a term we give to the forces shaping that which changes: our daily work. But process is an flimsy word at best, because it gives conceptual form to what is more organic in our world than we would care to admit.

This friction in our profession between the orderly plan and the tidal flow of ideas is what drives our passion for holding in our hands the tangible results of our labor. Much in the same way that two friends can stand outside for hours, chugging beers while souping up a V8 engine in a vintage hot rod, we want the ride in the vehicle and what the vehicle represents from how people see it on the outside. And while you're at it, please throw in monthly cash payments made out to our bank of choice and maybe an award or two.

This is sheer illusion—a myth that we've perpetuated based on our desire for culture to remember our contribution. And the following meander is about the myths we should be exploring: those that reshape the processes that inform our culture and our practice.

Posted at 07:45 AM in Creative Process, Meditation | Permalink | Comments (0)

Design Business in a Nutshell

Almost two years ago, I wrote these notes to myself—so that I wouldn't forget these key lessons I'd learned about working in the design business.

1. Assuming that everyone at Acme Design Firm reviewed your resume and your portfolio before your interview.

I have watched this happen over and over again. Invariably, what happens is as follows:

Employer: We didn't have our creative director scheduled for this interview. But we decided to invite her along. Do you have a copy of your resume for her?

You: No... Could you print one off for her from the PDF I sent along?

Employer: [frustrated, but not showing it] Sure, that wouldn't be a problem. Also, our Wi-Fi network is down and the conference room that we're in doesn't have a computer. Could you bring out your laptop and show your portfolio from there?

You: Errr... My portfolio only works from my Web site.

In these kinds of situations, you can hear the punctured balloon of your professionalism starting to leak air. From here, you need to claw your way out.

Posted at 11:21 AM in Design Business, Presentations | Permalink | Comments (3)

Sustainability on the Compost Pile 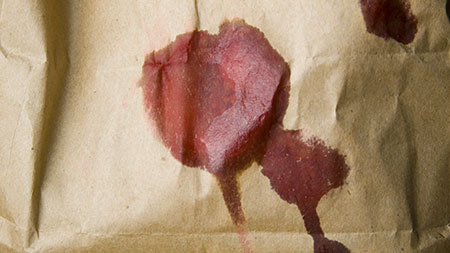 Two caterpillars, three baby slugs, and a spider. That's what I discovered when I was washing my broccoli from the farmer's market.

I'm a big proponent for supporting my local farms. But for a city slicker like myself, raised in the suburbs and weaned on sparkling clean Costco-sized produce, the brand experience I'm having with eating local produce is taking me straight back to nature—and in a way that makes me a little queasy.

Until about four years ago, my process of eating fruits and vegetables had been managed by large factories bent on quality assurance and pallet-perfect stacks of nectarines. As a result, the inherent waste in the activity was disguised from moi, the consumer.

Now, a little bit of the factory is me. And really, that's how it should be. If I was a farmer born in the 1860s, things would be a hell of a lot harder in this regard: I would be growing these fresh strawberries, weeding them, watering them, killing any major pests or bugs, crouching down on my knees to pluck their sweet fruit off the bushes—thereby dirtying my knees.

A whole world of physical labor has now been replaced by reading "1 pint 4–" off a chalkboard, peeling cash out of my wallet, carrying the carton home, turning out the berries into a colander, and picking out of the bunch the five or six berries consumed by rot or sporting a happy little worm. Really, I need to get over my squeamish stomach (and my allergy to spider bites... whenever I find a spider in my produce, I'm apt to throw him into the compost bin instead of carrying the poor arachnid outside, where he's likely to get chomped instantly by the birds that live around our apartment.)

Just as the process of buying a bag with three pristine red peppers plays into our notions of packaged food perfection—and disguises the waste inherent in the plant-to-store manufacturing process—what in our genetic makeup causes us to reach for the unblemished fruit instead of the peach sporting a black eye?

The problem, really, is our notion of short-term value overtaking the impact of our long-term actions. And this is made manifest through our notion of waste.

How to Mitigate Major Project Errors, Pt. 3 of 3

Read Part 1 and Part 2 of this piece.

Continue reading "How to Mitigate Major Project Errors, Pt. 3 of 3" »