How to Throw a "Part with Your Art Party" 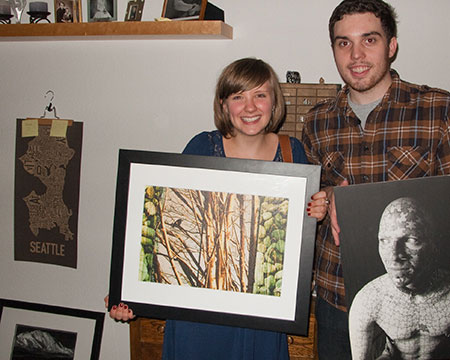 My wife and I were staring into our closet at a big bundle of framed photographs we'd accumulated over the past eight years.

"What are we going to do with all of these?" I said. It was unlikely we'd ever show them again or own a place large enough to accommodate them all. Wouldn't they look better in someone's home? At this point, would it make sense to just give them away?

"Let's throw a 'Part with Your Art Party,'" my wife said. Hence, a plan was hatched. 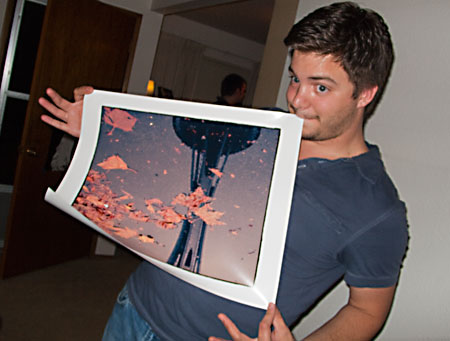 I opened up my laptop and banged out the following description/invitation and fired it off to a cross-section of people we knew, as well as some random acquaintances and colleagues. (I've revised it since to include feedback from participants, feel free to copy/steal):

What do you do when you've got a piece of art that you love, but that you're ready to part with? Join us for an art appreciation party that will end in the exhibition being taken home by the partygoers.

If you've got a piece of art lying around that you just haven't had space to hang in your home, bring it on over and donate it to a friend.

If you're looking for that perfect photo or painting to spice up your living room, perhaps this is where you'll find it.

Whether you love art, love to make art, or just like to look at art (and then take your favorite pieces home) with fellow friends while noshing, this should be fun.

We then included our location, a start time, and the time that the art could begin to depart. We called it B.Y.O.A. as well as B.Y.O.B. Step 2: Have the Party

A few weeks later, we had thirty-five people in our home with over forty pieces of art arrayed about our living room: photographs, paintings, custom-letterpressed posters, woodcuts, prints, professional illustrations, and hand-blown glass. Some of the pieces were brought to share with others, such as an Ord poster of Seattle neighborhoods. Others were provided to purge the memories associated with the piece, or they'd just grown sick of it on their wall.

We handed out Post-It notes and Sharpies to people, and told them to put their names on what pieces they were interested in taking home. If multiple people wanted a piece of art, they would need to add their names to the Post-It. (We later discovered Post-Its claiming things we didn't even expect were art, such as our microwave and a fifth of Crater Lake vodka that had been waiting in the freezer for a special occasion.)

After people had a chance to see all the art and eat and drink their fill, we told everyone that they would have a chance to take home their first choice. In cases where there were multiple people angling for the same piece of art as their first choice, my wife or I listened to the reasons why they wanted it, looked at what other works they also wanted to take home, and functioned as arbitrators. Whatever art was then left after the the first round, people could take a second piece of art, a third, and so forth. At the end of the evening, we only had a few pieces left for us to donate to charity. 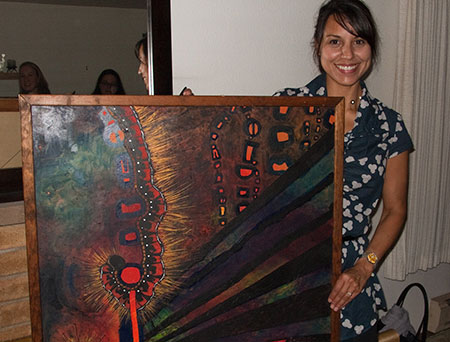 Step 3: Show Where the Art Went

As people left the party, we took photographs of them with their new pieces of art, and asked them to take pictures of their new art and send them to us when the evening was over. We then passed those photos along to whomever donated the piece of artwork.

Probably the best thing about having a Part with Your Art Party—other than having a reason to catch up with people that you don't know, and get to know those whom you may have not really had a chance to talk to before—is that you've taken money out of the process of acquiring art. One of my friends said to me, "This is the least pretentious art show I've ever been to," and I think part of the reason it felt so casual and exciting is that there was a clear quid pro quo to the experience. Almost every person left with a piece of art they were excited about, as well as a fun story to tell about how it ended up in their home.

If you throw a Part with Your Art Party, let me know how it goes and ways that we can keep improving the concept.