You Had Me at Hello

On a daily basis, I am bombarded by hello.

Outside my office, there are solicitors associated with a wide variety of nonprofits—Greenpeace, the Red Cross, Save the Children, and other organizations that are licensed by the city of Seattle to ask for charity support.

Some of these men and women are direct employees of said nonprofits, while others are hired by third-party firms to stand on street corners with three-ring binders emblazoned with representative logo and/or matching jacket and cap. In both cases, they are paid in an admixture of time-based salary and percentage commissions for money earned over the course of each day's work.

Life as a solicitor on the street is purely a numbers game. Having worked in the sales-hardened worlds of direct marketing, I can tell you that the average response rate for a direct-to-sale solicitation is 0.5%—meaning that you can talk to an average of 200 people via a printed sheet of paper and receive back one response in return. When dealing with emails or advertisements, the throughput can drop even lower, to mere tenths of a percent. And when dealing with telemarketing, the likelihood that you'll even be able to get a warm body on a land line to answer the phone is slim.

To see the amount of sustained effort it would require to engage an everyday person with a nonprofit solicitor, I sat outside during a busy lunch day and watched the solicitors working in the field.

Continue reading "You Had Me at Hello" »

'Tis the season to give books—and read a few yourself!

Here are fourteen books that I recommend purchasing for your designer friends and/or yourself to enjoy in this upcoming year. You can also check out last year's holiday bookshelf.

The Long Ow: Fulfilling on the Promise of Human-Centered Design

I spent time over the past three months with IDEO's Human-Centered Design (HCD) toolkit, which is derived from the daily practices used within their firm as well as by design practitioners around the globe. In answering a recent survey they'd sent out to solicit input for a future edition, I couldn't help but observe that the chart below seemed to be missing a few crucial points in the realm of innovation fulfillment. I'm dubbing the chunk I added to IDEO's chart "The Long Ow." The original chart:

My thinking here is meant to extend the empathy we solicit through observation and design—and which makes human-centered design possible—and extend it fully through the process of producing the desired change. We are very good at thinking in deliverables, within process boxes, but the ideal process for HCD is more like a heartbeat. Being a designer can feel painful, but the real pain begins when the planning becomes reality, and the tangled mess of sticky complexity that our clients are struggling with begins to unravel in finite degrees through brute-force effort. We can only ease that pain slightly, and help them bear it as they aim to create a meaningful impact.

Whether you're aiding a governmental task force, a local homeless shelter, an ailing nonprofit, or a corporate client wanting to lessen their negative influence on the world at large, working to effect major positive change across thousands of people—maybe even millions of souls—takes a level of sustained effort that is often buried, implicit, in the root of any design concept. And from researcher to artifact-maker to those people who are tasked through their communities and corporations to effect positive change, it's critical to surface those heavy physical investments and inevitable compromises that are part of any implementation of a human-centered innovation. (Read: Looking to fulfill systemic change, along with the behavioral impacts that cascade down through communities and into people's lives in ways that can't even be comprehended as part of any design exercise.)

We often gloss over is the army it takes—both figuratively and literally—to effect considered change beyond the design process. If we're working within a social context, we also need to be prepared if we have the latitude, culturally, to advise and/or join that army in helping to support the necessary artifacts, observe the progress of systemic change, help to troubleshoot the inevitable compromises that will adjust or dilute your overall understanding of the observed problem(s), and consider how the cycle can begin anew with fresh observations to iterate the initial foray you've attempted.

In the world of commerce, this kind of dialogue is often considered under the umbrella of change management, business transformation, and other domains littered with MBAs. In the nonprofit sector, as well as with initiatives spearheaded by various governmental departments and/or NGOs, these discussions are also often considered outside the range of the humble designer. But as we begin to expend more energy in rejiggering systems and services as opposed to focusing on aesthetics, we will bleed over into these spaces currently occupied by the McKinseys and the USAIDs of the world. And hopefully they will want to solicit our help in a partnership to make our concepts real.

Hell is not other people. Hell is being surrounded by free candy.

Much as a child is forced to smoke a carton of cigarettes when caught out on the back porch with a Marlboro Light, my avoidance of any and all forms of sweets came from sheer overkill—that is, working in a candy store.

Posted at 07:40 AM in Creative Process, Meditation | Permalink | Comments (1)

Many thanks to my friend Ric Ewing, who was a co-author of this piece.

Pick a card from the deck that I've fanned out before you. Memorize the card, then place it on top of the deck. I'll let you cut it a few times, before I reveal that it's… the Six of Spades!

What's the secret behind this magic trick? If I told you, then it wouldn't be a trick anymore—and you wouldn't have been delighted in the process.

As a magician, I can't reveal my methods. But as a UX designer, I have an obligation to point out that the trick isn't really magic. "Not even the best magician in the world can produce a rabbit out of a hat if there is not already a rabbit in the hat," says a character in the movie The Red Shoes. UX designers are ever seeking to identify, define, refine, and otherwise clarify what people expect to see and do when they visit a website or use a web application. The best sites fulfill these core user expectations, but the very best sites deliver an extra layer of "magic" that transcends those expectations through how data is surfaced through their site experience.

So how do you make sites that provide this extra bit of magic? Here's a few common-sense notions on the subject.

Posted at 12:50 AM in Interaction Design, User Experience | Permalink | Comments (1)

If you want to break a client's heart, sell what you don't know how to produce. Bill your client the time necessary to learn the tools you need to make them happy. Wow them with your big thinking and static comps, but be coy about how your ideas can be realized in the appropriate delivery technology.

Review of "Glimmer" in the Designer's Review of Books 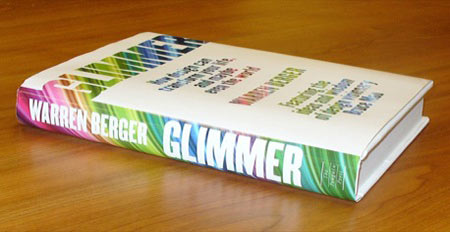 The further I’ve progressed in my career as designer, the harder it’s become to share with others exactly what I do.

First, I managed layout at a magazine and bootstrapped a few websites in thrilling Adobe PageMill. Then, within a design studio, I was responsible for creating brands and annual reports—with little to no formal training to the otherwise. Add in a number of years in advertising and marketing, leaven it with a few more of user research and wireframing, and set to “Puree”. When I try to describe to my family what I do nowadays as an interaction designer, the confusion level continues to increase.

Now I don’t need to try and explain anymore. I can just send them a copy of Warren Berger’s extraordinarily well-written book, Glimmer: How Design Can Transform Your Life, Your Business, and Maybe Even the World.

This is the first book about the process of design as it’s practiced at its highest levels in our profession, written by an expert journalist for the layperson, that describes exactly how designers think about and view the world. It is the product of hundreds of interviews with today’s top designers, across all major disciplines of design, cross-referenced with deep reading into the texts that have informed the growth of our profession, then distilled into plain English that anyone can easily understand. Along the way, stories regarding OXO Good Grips, the One Laptop Per Child program, the Truth anti-smoking campaign, Bruce Mau’s Massive Change exhibit, Architecture for Humanity, Proctor & Gamble, TOMS Shoes, and many others are woven through the narrative, illustrating key points regarding design concepts, principles, and sustainability practices with illustrations and sketches. It also includes a good number of everyday people who came to the design profession late in life, after they had their first “glimmer” moment.

Continue reading at The Designer's Review of Books

"Can You Say That in English? Explaining UX Research to Clients" in A List Apart Magazine 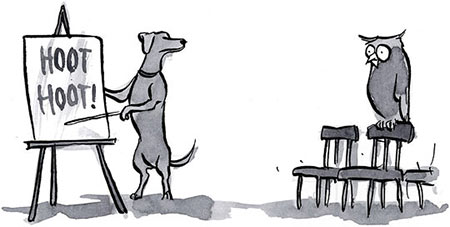 The new business meeting was going swimmingly—that is, until the client started asking questions about our design process. Then we unleashed our lexicon of specialized user experience (UX) research terminology.

Why should we do that thing you called...what was it, task analysis? We’d like some of those personas. They’re important, right? What the heck is contextual inquiry?!

As mental models flew about the room, I realized how hard it is for clients to understand the true value of UX research. As much as I’d like to tell my clients to go read The Elements of User Experience and call me back when they’re done, that won’t cut it in a professional services environment. The whole team needs a common language and a philosophy that’s easy to grok.

I created a cheat sheet to help you pitch UX research using plain, client-friendly language that focuses on the business value of each exercise. But, before we get to the cheat sheet, let’s talk about how we can communicate the value of UX research at a much higher level.