Slides from "Work in Progress: Thoughts on Design Leadership"

Here's the slides from my AIGA Seattle presentation from last week about what it means to be a design leader.

In the coming weeks, I'll be unpacking a few of these slides and sharing out some of my notes on the subject. 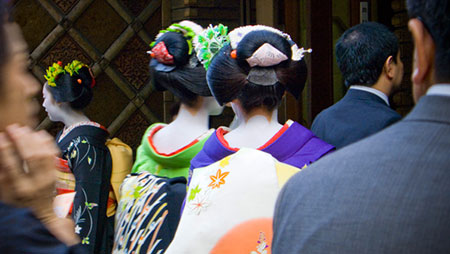 Last November, after I'd written "Zen and the Art of Design" for the current "Work-Life" issue of Design Mind magazine, I sat down with Chris Sallquist to talk about some of my experiences traveling through Japan.

Our discussion became this fun podcast on Design Mind on Air, "Zen Design", which is accompanied by 14 photos I took while traveling through Japan. I hope you enjoy it.

"Zen and the Art of Design" in Design Mind Magazine 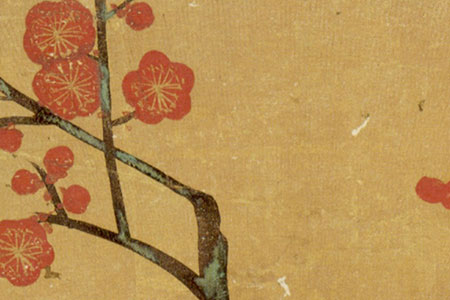 A carpet of clouds flows over the mountains, sending sheets of rain into the valley. I am staring at a painting that’s come to life, like a Sumi-e masterpiece. In this rendition, however, power lines extend across a far-off peak, and an unused baseball diamond is exposed through a break in the evergreens. Half-visible through the branches is the top edge of the Daimon, an ornate red gate built and then rebuilt on the spot where Kobo Daishi, founder of the Shingon sect of Japanese Buddhism, was said to have first entered the community of Koyasan, led by a black dog and a white dog that were lent to him by a manifestation of the hunter-god Kariba-myojin.

I yearned to capture the scene in a photograph or a rough pencil sketch, but I had hiked up the muddy path with only my passport and an umbrella. My wife had sent me out into the rain while she napped in our room at Hoon-in, one of the many monasteries that allow travelers to rent lodging and to observe their daily practice. During our first week here, she had watched me take almost a thousand photographs and journal obsessively while we wandered through many of the places I’d idealized after taking an abiding interest in Buddhism, from the popular Shingon sect rooted in Koyasan to the more direct practices of Zen Buddhism that I have been studying over the past few years. But that afternoon, weary of seeing a camera glued to my eye socket, she noted that I seemed to be more focused on shooting photos than experiencing each place and taking pictures when so moved.

She was right. I had been a glutton for images during our first days on Mt. Koya, as I took in the staggering beauty of it all: the ringing of prayer bells from more than 70 temples at dawn, noon, and dusk; the feel of centuries-old wood continually tested by brutal winter months when the mountain roads become impassable; the morning meditation with syllabic chanting of the Diamond Sutra leavened by the pungent waft of incense; and the small shops selling pink and blue tea cakes or mochi expelled from large machines designed to pound rice flour into hand-wrapped treats. This place could not be captured in my sketches and raw files — and yet there I was, blindly recording what I had not even taken the time to sit with, to observe and understand in mind and body.

This was an ongoing problem in my life, one I had hoped the trip would help me resolve...

Read the full essay online in the new "Work-Life" issue of frog's Design Mind magazine, or buy your own print copy here.

Defining the Rules of Engagement

Usually when we talk about engaging with clients, we start listing tangible deliverables they should expect from a project, from the initial draft schedule to the final product design.

When you start a project, conversations should be only about what clients require from us. It's also about what we expect from them. The best way to do this is to define the rules of engagement for your clients.

The following expectations are completely fair to request from any new client:

Now, you can't just send this list to a client and say, "Hey, now you're going to respect my process!" If you don't tell your client up front about your expectations for their behavior, you're scolding them for things they never knew they needed to do.

So provide to your client in writing your rules of engagement. It only needs to be one page, which includes at least the following:

Not meeting expectations, stated or unstated, is one of the major reasons that client relationships fail. So don't let that happen—state up front what you require, and the project will always run a little more smoothly as a result.

Thanks to Erica Goldsmith for collaborating with me on this post.

We were a third of the way towards a fuzzy destination—it might have been Denver, or Atlanta, or one of those hub cities that you travel through in order to actually reach your final destination. As I sat and ate my apple sauce from the airplane-provided kid's meal, I asked myself with my three-year-old brain, "What would happen if the plane crashed?" Wailing and gnashed teeth ensued from that moment onwards.

Like most formative experiences, this decisive moment led me to hate flying on any sort of airplane, although statistics would bear out that driving my car down the street to pick up some organic gelato in Wallingford would lead to a much higher risk of being in an accident.

It's taken a good bit of active reframing to shake off the fear, kick back, and read a good book or two instead of freaking out. Last year, the fear came back unabated when flying back from Japan, due to freakish turbulence that seemed to defy the laws of physics and felt like it would snap the plane in two, Lost-style. But considering that half the plane was full of adults crying out in fear and openly weeping, I don't feel like quite the child that I was thirty-odd years ago. And since then, cross-country flights have been aces.

Flying is not the only item on my short list of major dislikes. I've been working hard to overcome my distaste towards condiments. (So far, I've relented on ketchup, barbecue sauce, and balsamic vinaigrette.) For most of my youth, I was afraid of heights. (Learning to rock climb scratched that one off the list.) Soft cheeses no longer scare me as well, though blue cheese is still gross.

As I've reflected on these dislikes, I've become more aware of how my emotions are related to anchors from my past.