How to Manage Going Overbudget

We went over budget on this project, and it still isn't complete. What are we supposed to do?

Projects that go 1% over budget can balloon to 50% over budget very quickly, in part because your design team (or yourself) gives up trying to hit your hours. These situations must be controlled in order to make any profit on a project. You will also risk consuming valuable staff time that could be better spent securing and servicing new projects.

Follow this simple three-step process and you'll be more likely to close out your project without blowing your margin.

Slides from "Designing the Design Problem"

Thanks for everyone who came out (virtually) to see my presentation yesterday at Creativity Oklahoma's online conference on applied creativity in art and design. Scott Belsky did a great job of describing the philosophies behind Behance and the research about how people make ideas happen that became the foundation of his bestselling new book.

While Scott was talking about fulfilling creative projects, I took a different tack and provided methods that frog uses to marry our innate skills in creative problem solving with the evolving practice of "problem making" to better serve both clients and users in crafting compelling products, services, and experiences. As a case study, I shared research data and insights that had been part of frog's initiative to encourage HIV testing in South Africa, Project Masiluleke.

This 20-minute presentation was carved out of a longer work I'm putting together regarding the specific kinds of activities that make up what's called "multi-vector research," which is the secret weapon for any design team that is trying to tackle a complex and systemic business problem or world problem and discern what exactly should be designed to influence it for the better. 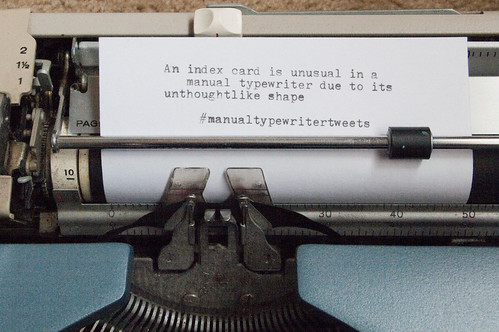 As I am able to read the thoughts of design professionals, I can provide a transcript for what goes through each and every one of your minds while you're estimating a design project:

"Hmm... I think this project is only going to take me 20 hours. Last time, it took me about three days, and we only billed them for 15, so if I make it 20 then it should be approximately what it took me to design it last time."

Time passes. Your boss and/or the account manager review the estimate and think that it isn't cost-competitive. They want you to find places to cut your hours.

"Hmm... maybe I can do the concepts in 16 hours. That seems like one of the few places we might be able to cut back. Besides, I've designed a ton of web pages, so this one should be a little easier than the last time."

Sorry to break it to you, but you're going to spend at least 24 hours working on that project you just squeezed into 16. You're also going to lose money on that project, unless if you bill an astronomical hourly rate.

Why does this happen over and over again? Because of these very common estimating issues.

Thinking About Problems as Spaces

When I first started working at frog, the people around me kept referring to the problems we were tackling as "problem spaces." When pressed, no one could give me an answer as to why, so I went out and tried to find one for myself. And I think the beginnings of an answer just might be—at least metaphorically—in the splendor of the night sky, full of glistening stars.

A few years back, I recall receiving a call from a potential client who expected that within two days of kicking off an identity redesign project, they would be seeing fully-executed comps—in full color, no less—from which they would provide critical input and choose a direction.

These conversations are known, in client service parlance, as opportunities to "reset expectations" or "fully outline our process" or otherwise spend a good ten to fifteen minutes describing in designer lingo a set of activities that, in the mind of the client, are a bit nebulous if they've never worked with a designer before. Usually, a client has no idea what to really expect until they're knee-deep in project deliverables and reacting to tangible work product.

So, want to save yourself some time and set client expectations in a matter of seconds? Start projects off with your own variant of the chart shown above. As you move from discovery (on the left) to concepts (the middle) to the final, executed design work (the right), point out where the deliverables that you're sharing in that review fit into the overall process.

If you don't set expectations in this manner right out of the gate, it's likely that no matter what you say or do, your client's expectations are going to look more like the following:

Posted at 04:45 AM in Account Management, Design Business | Permalink | Comments (1)

The streets blurred gray in the early morning rain. My cab driver, unusually chatty for five in the morning, tells me that he works four days a week at his dispatch in SODO, tending the lost and found. He rattles off what bounty you might find in their basement office: mobile phones, articles of clothing, wallets, keys, umbrellas. If items linger too long on the shelves, they're donated to charity. The mobile phones, after waiting for a few months, are shipped overseas for use by U.S. soldiers.

Recently, a new type of item was left on his desk by a spooked driver: a box of ashes.

"It was hard to believe that someone would just get out of a cab and forget their grandmother," he said. There weren't any identifying marks on the box, so they couldn't chase down whom was responsible for the cremains. "I put the ashes on the shelf and hoped that the family would come and pick them up."

Later that week, another surprise was waiting for him when he arrived at work: another box of ashes.

"Another driver found it in the back seat and knew which fare had left it," he said, accelerating into the HOV lane. "He tried to get back in touch with her, but she wouldn't answer her phone. So we just put the new box up on the shelf by the other one."

I was aghast at the notion of two people abandoning the remains of loved (or not so loved) ones—but that feeling was also tinged with shame.