This Week's Challenge: The Grand Finale 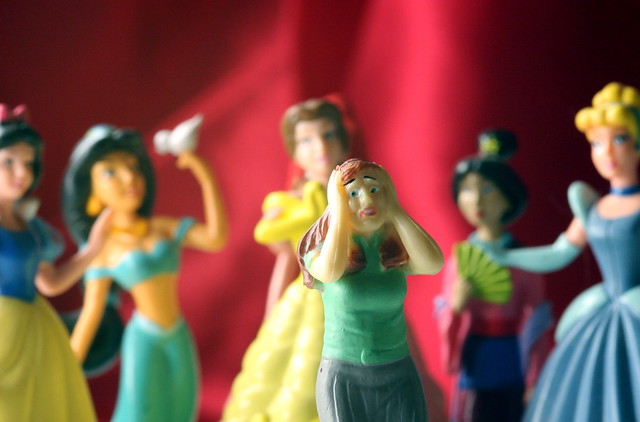 The heavy red curtain comes down with a crash, and the applause is deafening. Walking back to their dressing rooms, the actors and actresses give each other high fives and smiles, proud of their three hours walking the boards. After wiping away the stage makeup, they will slip out the back door of the theatre, unrecognized by the bustling crowd on a busy Saturday night.

Such is another successful show, winding down to make room for the next production of the season. Whether Shakespeare or Tom Stoppard, the spirit of a stage production can't be easily captured on film, or experienced through a live simulcast from halfway around the world. Stage performers feed off the energy of their audiences, transforming that electricity into more powerful performances.

So, what would happen if this conversation between the audience and the actors were even more explicit?

You've been tapped by an Off-Broadway theater in New York City to partner with a playwright in creating an interactive stage production. Instead of the actors breaking the "fourth wall" and asking the audience to vote on a series of possible outcomes, like "The Mystery of Edwin Drood," the audience will be encouraged to send feedback via their mobile devices to the show's director in real time. The director will then use that feedback to shape the show in real time, in constant communication with the actors. Every night, the show could end in a radically different fashion—there would be no set number of outcomes. Additionally, the director could send out prompts to the audience to solicit input on particular story beats.

In 90 minutes, design how to facilitate this stage production, from the necessary user flows to describe how mobile devices will be used by the audience, to how the director will communicate narrative changes to the actors. Feel free to identify stage stories that would be best suited for the system you're creating.

If you want to take this further, write a brief treatment for the play and what crucial moments will likely attract a sellout crowd, enhanced by the technology you're leveraging.

Keep in mind that the more complex your communication system becomes, the more people are distracted from the play they're watching. How can you balance interactivity with the intimacy the actors require from their audience?

This is the last creative challenge I'll be posting on ChangeOrder for the next few months. If you want more, snag a copy of my book Creative Workshop: 80 Challenges to Sharpen Your Design Skills.

The above photo is by Kevin Dooley on Flickr, shared via a Creative Commons Attribution 2.0 Generic license.

Posted at 05:00 AM in Creative Process, Creative Workshop | Permalink | Comments (0)