Happy Monday! Here's a roundup of a bunch of recent news about Success by Design, Creative Workshop, and some talks I'll be giving over the next six months. 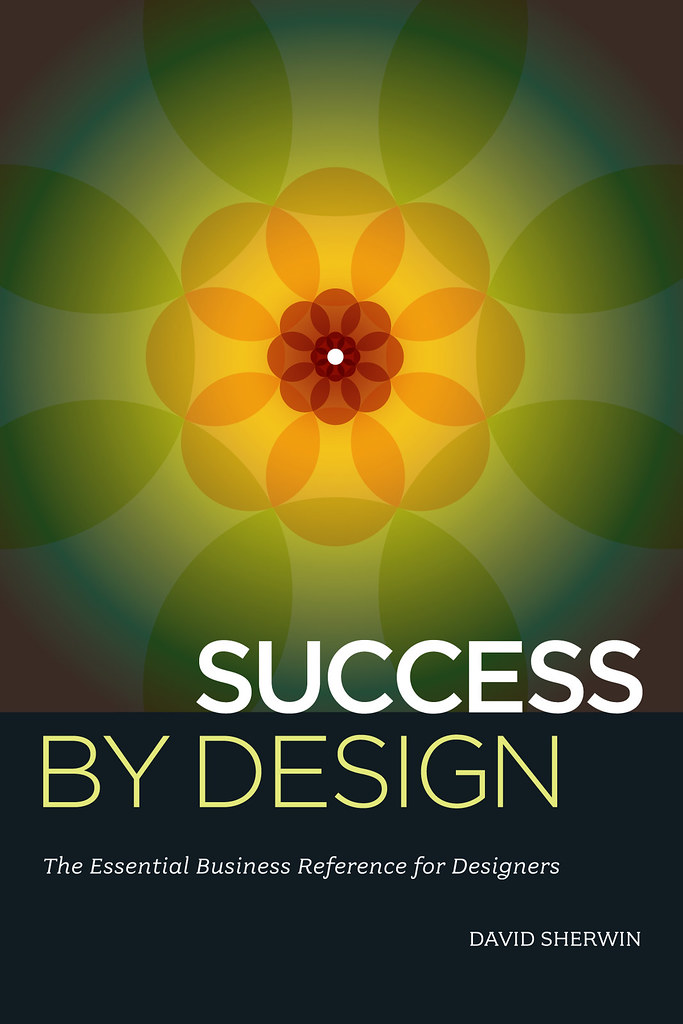 This past week, Success by Design's print edition went on sale through Amazon.com. There will also be an e-book edition that will be available through the usual providers (Kindle, iBooks, etc.

The book is completely done, 60,000 words and 50+ illustrations later. I recently had an interview with Andy Polaine at The Designers' Review of Books about this book's genesis. Here's some tidbits:

AP: Tell me about your new book, Success by Design: The Essential Business Reference for Designers. Where did the inspiration for this come from?

DS: The idea for the book came from informal group therapy. When I lived in Seattle, every Wednesday night was dubbed “Burger-Drama” – an assortment of friends and refugees from various design studios, agencies and in-house design departments around the Puget Sound region blowing off steam in the middle of their work week at a local bar and grill. Every time we would meet, there would be a point in the conversation where the “cone of silence” would be lowered over the table. While munching on onion rings and drinking IPA beers, we would share the successes, failures, trials and tribulations of running design businesses. No client secrets. No unverified gossip. Just lessons from the school of hard knocks and the occasional story of a crazy co-worker.

Over the first few months of conversation, it became apparent that the majority of our problems had nothing to do with the design work itself. They had to do with being a good businessperson. No matter how many blog posts and books we read, there wasn’t any one in-depth resource we could turn to that would help us answer our recurring questions—and especially not in a fun way!

AP: Do you follow all the tips in your book or did you gather from others?

DS: Much of what is in the book is hard-fought wisdom from my years working as a designer at studios and consultancies, but much of the text could only be written by collaborating with friends in the industry that had experiences that I hadn’t and that were crucial to understanding design as a business. I reached out to some of my former co-workers and friends in Seattle and curated a series of lectures called “Design Business for Breakfast” sponsored by the local AIGA chapter, co-written and delivered with David Conrad, Erica Goldsmith, Fiona Robertson Remley, and a fellow frog that used to live in Seattle, Justin Maguire. These were client service professionals, project managers, studio owners, and creative directors. The lectures were about providing great client service, structuring and managing projects profitably, cashflow management, how to set up a design studio, and design leadership. The series went over really well, and after spending a lot of time with the material and delivering it in person with these collaborators, it felt like it would make a good book. I just knew that it would take a solid year or so to translate the presentations into a 300-page book.

AP: And you’re doing the entire design of this book?

DS: Since I’d designed the lectures, it made sense for me to do the design. I really wanted it to balance in-depth content with visual wit and fun… This visual component is lacking in a lot of design business texts, which can be all prose or serious charts and graphs. I think that can be painful for a lot of readers who are visual thinkers.

The interview also goes in-depth about the work that went into Creative Workshop and how different readers have been using that text for their personal growth, in design studios, in corporate America, high school and undergraduate design education, and beyond.

There will be a Success by Design website to accompany the book, which will archive the worksheets and other materials referenced in the book. It will be up in late August. Also, I revised a presentation I gave last year that touches upon a few points in the book and lists out the table of contents for the book:

Last year, two overseas publishers embarked on creating Chinese language translations of Creative Workshop The first one was recently released in Traditional Chinese, and one in Simplified Chinese will follow later this year.

The Traditional Chinese edition is available from Flag Publishing in Taiwan, and their website lists a number of providers from which this edition can be purchased across Asia.

They've been incredibly faithful to the design vision of the English edition: 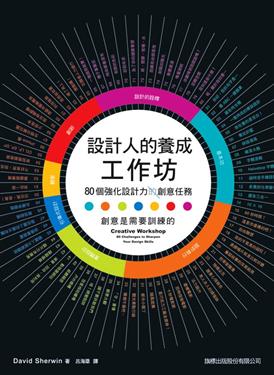 I'll be doing some talks at upcoming conferences (and performing!) at some upcoming design events, including the following:

Posted at 07:58 AM in Creative Workshop, Success by Design | Permalink | Comments (0)