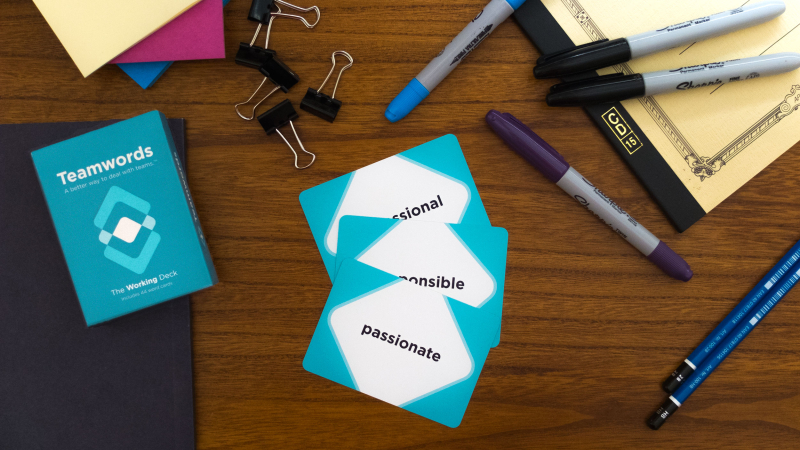 We get asked a lot about problem solving. Not about business problems, per se, but people problems.

People seem to understand OKRs, Agile, and MVPs. Acronyms and abbreviations have specific and fixed definitions you can find on Google — and though you can get into long arguments about whether something is a tool or a process or a disruption at work, people are still, well, people. They change and then they don’t change. They’re heroic and then they’re petty. Confusing and clear, sometimes in the same meeting.

Yes, the pesky things are problems with people. No matter how sleek and refined our company needs to be, how much faster we have to get to market, or how many more hours we must be available night and day to meet the demands of customers, we’re still talking about people at work. They’re the one thing that hasn’t 100% changed about how business gets done.

So companies ask how to create better “cultures of collaboration.” Make teamwork a working norm. Rethink how cross-disciplinary talent can be best configured, how to optimize their working spaces for breakthrough innovation blah blah blah… Again, the same problem of applying jargony buzzwords to people and how they work together. Then upper management wonders why they weren’t very successful in making things better.

Words are powerful. So powerful that most of the problems we encounter are failures of vocabulary. We assume that everyone uses the same words and that they mean the same things to everyone. JIRA means JIRA, right? We see it and recognize it. But, think about the word supportive. How do you see that word in how your team works? How do your coworkers see it in your work? Have you ever sat around with your team and talked about that?

People see their values in behaviors. But when people come together in teams, they usually revert to abstract fluffy words, and leave the specifics for later.

We’re on teams that value transparency or that promise to be adaptable or disciplined, but when we feel like that isn’t happening, we rarely have particular behaviors to point to. We just have a vague feeling that someone’s not being disciplined enough. And You’re not disciplined might not be the best conversation starter at that Tuesday morning meeting. For one, it’s pretty personal. And second, even it weren’t personal, what can you do with that feedback? If someone says you aren’t being disciplined, you have to find the behaviors that go with that word — the indicators that mean disciplined to your teammates. Otherwise, the word on everyone’s mind is misaligned.

New projects come, new clients go, and the new norm is new people on new teams all the time. But the value words are still the same. Which is troubling: Everything is changing, but companies are acting like we can all sit around saying adaptable still means adaptable and that no new behaviors will emerge for us to describe it. And while corporate mandates and mission statements are great, they don’t always influence the day-to-day efforts of real people on real teams.

So, with all of those factors at play, we started thinking about how we could help teams rapidly align themselves, and most importantly, define behaviors that were unique to them. After several months of research and testing, we released a collaboration product called Teamwords: The Working Deck. It’s designed to help teams align themselves whenever they need it. Anyone can pull out the cards, find the value words they need, and list the behaviors they’re looking for from their team members.

Though we created a starting activity that’s included in the deck, we knew that the cards needed to be adaptable. We didn’t want a tool that only got used for, say, that once-a-year team offsite, so we developed a number of different ways to use the cards, both for groups and individuals. During our testing, we uncovered exercises that ranged from funny icebreakers to deep personal explorations. In other words, the deck reflected our philosophy: We turn words into actions every day, and our tools should be able to help us wherever that happens.

Bringing clarity doesn’t necessarily mean bringing rigidity — there will be plenty of new behaviors that a team will want to explore and champion on every project. And that’s fine. At least there’s a starting point. We’ve begun the conversation around what words mean, why they matter, and how we turn them into action.

If you want to reduce team misalignment in the workplace, close the gap between what people say they value and how they actually demonstrate those values. And now we’ve got a way to talk about how we’re going to work together on a team, through all of the strange stages of a project, moving past those buzzwords and unrelatable jargon.

(P.S. You can learn more here about Teamwords: The Working Deck.)

Posted at 06:03 AM in Project Management, Teambuilding | Permalink | Comments (0)